I believe that all humans can and should be making music. Making authentic music (for me) is interacting with other humans through meaningful, organized sounds, typically in an improvisatory way (does not have to be jazz).

The school band medium is a great vehicle for teaching musicianship from day one of instruction (before instruments) if the “traditional” paradigm is re-thought. It can be designed to include ALL students in the school, and to learn about making music with others (not reading music notation or instrumental technique, but “music-ing”).

I believe that learning to play an instrument is a tool to find a new voice in the world. This can be a powerful identity for young middle-school children who are coming of age into their own personalities, decision-making abilities, self-confidences, etc., and who are desperately seeking something to define themselves by.

Even dealing with a young age, I want my students to leave me having only positive thoughts about making music and playing a musical instrument. I want them to have the tools necessary to understand and appreciate music as they get older (especially since I may be their last interaction with it) so that they may be able to fall in love with it, pass it down to their children, and support it in their communities. This is my goal as a musician-educator.

YOU ARE CREATIVE
YOU ARE A MUSICIAN
YOU CAN DO THIS

Every child must know:

Because of these beliefs, I find it necessary to have methods and supplements of teaching that put music-making above everything else being learned, including instrumental fundamentals, technique, and music notation.  We need to submerse a child in music-making and welcome her into the world of musicians. She needs to believe from day 1 that she is creative and musical. The technical things, the “tools,” come later.

I’ve had a lot of success by using this as a guide for everything I do with my first and second year students. Recruitment and retention rates have gone sky high, quality of playing is up, student success and enjoyment with the music-making process is tangible. 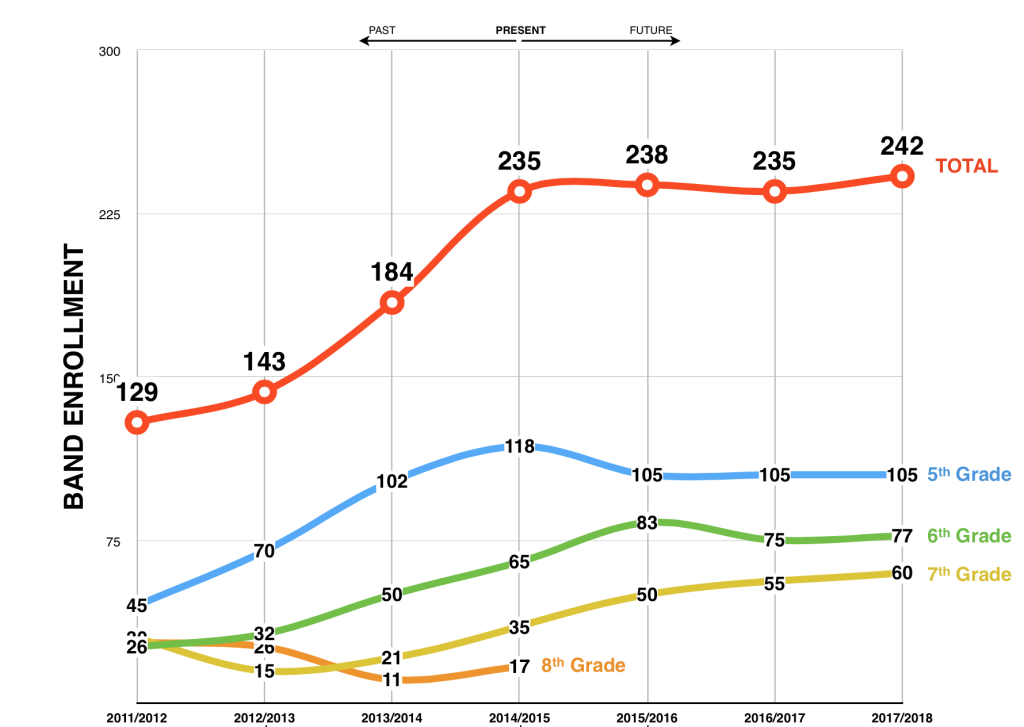 It is a difficult blend with beginning instrumental music students; they still have to learn the fundamentals of music, instrument techniques, and some music notation, but they need to find success quickly and continuously, and have fun during every class. Success feeds success, happiness, and retention.

How did this come to be?

For centuries, music notation was used primarily as a record-keeping device to preserve religious and secular songs. In education, it was typically no more than a barebones sketch of the actual piece being performed because it was only meant to remind the performer of what he already had learned (similar to a big band chart for rhythm section). Only since the late 19th century was notation used as a vehicle to teach music (for various reasons).

What is the “traditional” band curriculum?

As the school band medium came into existence in the early 20th century, so did the rise of teaching music by its notation. In the past 100 years, all of the band method books that have come and gone, including those that are out now, attempt to teach music by teaching its notation. The sequence, progression, and content of what’s being learned by our band students across the country is being determined by what it looks like and how difficult it is visually.

Open any band method book and notice the same things: students learn musical concepts that are grounded and sequenced in how they look visually. Most start with concert D, C, B-flat, using contrived exercises to teach whole, half, and quarter notes and rests. They progress from there introducing new musical concepts based on what they look like visually. 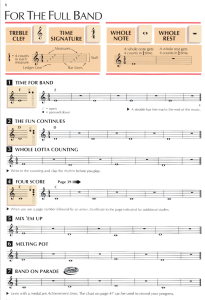 This is not music.

As an example, I teach my clarinet players to play a low G as soon as they put it together and make a sound. Visually, that’s too much to process way below to staff. Physically, it’s only difficult for the first week or two, then they have learned the placement of every finger and how to make a squeak-less sound.

Upon entering the band-education profession, I (as many beginning educators do) don’t have many resources to lean on. We have the band method book that might be set by the district, or it is selected by the educator who (like me) doesn’t have anyone in the district to offer advice.

We need to remember that the band method book’s purpose is to teach music notation only; this is not a very musical curriculum, nor is it what research has proven best. Focussing attention on notation hinders musical learning and limits success to only those students who can easily understand notation.

And once a method book is chosen, chances are it is based solely in music notation. There are fourteen method books published. One of them, Jump Right In, attempts to teach musicianship through improvisation and by making an aural sound impression first well before notation is introduced. The other thirteen books all stay only within the boundaries of music notation.

And that’s it for us band teachers. I don’t know of any other published method books that are much different.

Again, let’s remember that the method book’s job is to teach music notation. That’s it. That is a very small piece of what young musicians should be learning. Far too many educators rely solely on this. Far too many students go through a program based on reading music and fail to succeed because 1) it’s too much to process simultaneously with learning how to coordinate hands/fingers and air stream, and 2) its such an arbitrary and meaningless part of making music with others at the very beginning. It can wait.

Then if a kid doesn’t immediately understand music notation (which can sometimes be the same kids who have naturally high music aptitudes but struggle to read English, let alone music notes) they grow up believing they’re not musical and weren’t “elite” enough to play an instrument. Or they shut down and turn off when music notation is the sole purpose of a lesson (some of my students are this way). This toxic thinking already permeates most adults today. How many times have you heard someone say “I’m not musical.”

A freely available source of supplements, ideas, and resources for encouraging musical thinking, to be used before and alongside any traditional method book.